I wasn’t allowed to watch much television as a child, save Mr. Rogers, so my experience with The Muppets and Sesame Street is rather limited. My conservative Christina parents did not like that Count Dracula was a vampire, and had various other misgivings about the whole Jim Henson world, so my exposure is a few random snippets of the shows over the years. However, I was around during the Tickle-Me-Elmo phase, and while mystified by the appeal of a squeling red doll, I did recognize that The Muppets and Sesame Street characters were influential to most of my peers. In fact, thanks to my height, Big Bird, was one of my nicknames growing up!

So, in looking for documentaries that showcase career development or overcoming obstacles, I came across Being Elmo: A Puppeteer’s Journey, which chronicled the life and work of Kevil Clash, as he pursued his dream of being a puppeteer, and eventually gave Elmo the voice and character that we know today. While thinking of myself as a reasonably interested individual, the ADD media generation has certainly worn off on me, so I give documentaries about 5 (long feeling) minutes to grab my attention. If the documentary fails to draw me in in that time, no matter how good it might get further along, I am done and moving on to the next one. This is what happened while prepping for my lesson. I started on documentary and BLOOP moved onto another and BLOOP moved on to another until FINALLY I stumbled across Being Elmo.

I was skeptical at first. How would this relate to my life, let alone the lives of my students? But hot dang, the first five minutes went by and I was rivited. The storytelling is magical, and really shows how Kevin followed his dream against the odds and ended up doing something that he loves. While I did feel that it was redundant toward the end (think minutes last 10 minutes), the fact that it kept my attention for so long was amazing. 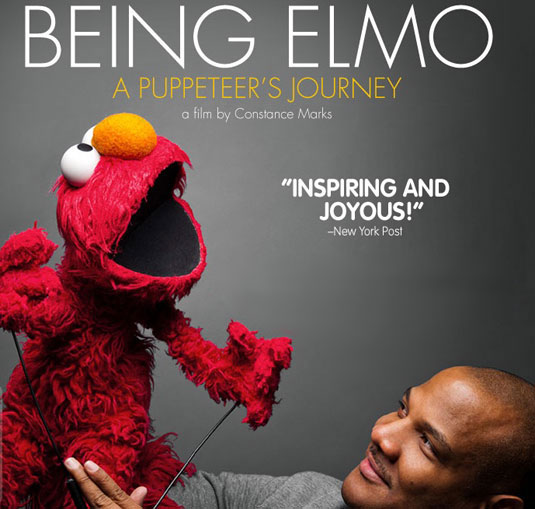 So regardless of whether you grew up loving The Muppets or Sesame Street, or, like me, you have limited exposure to it, this documentary will entertain you and leave you inspired. I am excited to share the story with my students, in hopes to inspire them to follow THEIR dreams like Kevin did!