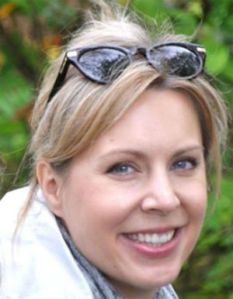 “Did you hear? They found her body today,” I said as I was laying in bed with Boof last night. While I don’t normally like to talk about, or even watch, the news (especially when I am in the throes of crisis counseling), I felt particularly drawn to this case, to this smiling blonde woman in the pictures plastered on the news. I had just spent time in Newberg, Oregon, and her face just looked back at me from the TV and the internet news media.

I am Jennifer Huston. I could feel myself empathizing, putting myself in her shoes. And while the police haven’t yet confirmed the cause of death, and she wasn’t found in the San Juan islands like some people thought, I resonated with the mythology around her disappearance and subsequent death. I don’t know what actually happened, as the articles said she complained of headaches in the days before her disappearance, but what I do know is that there is a mythology surrounding her disappearance and death. Suicide. Maybe they will come out with this confirmation today, maybe not at all, and my heart hurts for her family and her two kids who will grow up without her.

Regadless of what happened, the story in my mind is one that mixes with my own story. My own emotions. That feeling I get inside when it all seems to much and I just want to run away from it all. As if taking off on a full tank of gas and $40 in my pocket will solve the big life problems of being a wife, a mother, a worker, an American, a person with mental illness, an adoptee. As if running away will solve any of it. Will give me a break, at all.

Lying in bed, Boof said, “I’d hope that if you needed to leave for awhile, to clear your head or get rest or whatever that you’d tell me.” And I said, “in a good  moment I would. In a sane moment I would, you know? I’d schedule it and go and get some rest, but in my crazy panicky moments, you know, the ones where I’ve found myself driving 45 minutes north only to end up at the doorstep of my childhood home? In those moments I would want to escape, leave it all behind, reinvent myself in a world without responsibilities. It crosses my mind, and I hope it’s not something I ever do.”

I’m not talking about suicide. Just leaving. Escape. That blessed freedom on the road of nostalgia to a time when I didn’t feel so tied down to it all. That feeling of the woman in Kate Chopin’s Awakening, who simply walks into the ocean and drowns in order to escape. Because sometimes it feels like it’s all too much. Though, not right now, I just know that feeling. Of wanting to leave and take my green SUV and trail mix and sleeping pills to the San Juan islands for a retreat. And I could see not wanting to come back, not wanting to face the embarrassment of a country-wide manhunt, having to explain that “I was just tired y’all, I just needed a break.”

I had hoped the story would end differently. That after a week of missing mom reports we’d learn she had checked herself into a remote spa for some downtime, or a hospital for an evaluation, or that she was camping by herself and emerged stronger and healthier. Instead we hear a story of a life lost, without a cause given (yet), and two boys and a husband who are left to pick up the pieces. I think that bit inside me, that wants to leave, is outweighed by the thought of Boof and Potamus left to pick up the pieces. My heart goes out to the family, her boys, her husband, her friends. And maybe, just maybe, a story like this can help mom’s get the rest and relaxation they need, without resorting to disappearances, or suicides, or leaving families to pick up the pieces.