For the past few weeks I have been struggling with my motivation for yoga. I initially attributed it to the end of the 30 day challenge, that had taken a lot out of me emotionally, but as I processed with Mari yesterday, I think I’ve come up with some interesting reasons why it’s been hard lately. I mean, really there are probably a million factors, like I’ve been doing it consistently for a year, I’m not seeing any more weightloss or health benefits, some of the initial newbie growth has slowed down, and the premature dark weather has left me wanting to just sit around eating bon bons. But in processing, there were a couple more things that trickled do the surface and seem a little more substantial. Namely, the idea of fitting in to a community, and that reasons/motivations for doing things change.

Fitting in is exhausting.

I’m not sure people think about fitting in as exhausting, but for me it is. I typically self-identify as other in a lot of ways, sorta dancing on the edge of the campfire, rather than really getting in to the fray. I figure there’s a bit of adoption trauma and some personality traits at play here, because this idea of fitting, of being ‘home,’ or comfortable with people puts me on edge. Because if I’m ‘in’ then I could be ‘out’ and it’s easier to be ‘out’ when it’s by choice rather than fucking up and getting kicked out, ya know? It’s easier to be seemingly ‘less predictable,’ because when I do things a certain way for a certain amount of time the routine starts to stick to me in a way that makes deviating from it difficult. Like being the ‘funny one,’ in a group of friends. I am funny (despite what Boof things), but I’m also a really deep thinker. I like playing the fool as an archetype, but I don’t want to live there permanently. So part of my hesitation for even starting a yoga studio was because I knew it would fit me. I knew I would like it. And then what? What do you do when you find your place? Settle in? Get into a rut? That rebel part of me wants to bail before I get too comfortable. I love my yoga studio. I love feeling a part of something. And yet, feeling a part of something is also exhausting.

My other thought was about how much I’ve grown and changed in the past year. I think if I’m to do new year resolutions, or old year reflections, I should honor myself and the rhythm I feel in the academic calendar year. Fall feels like newness. Fall feels like the time to look back and see, who was I this same time last year? And the answer surprised me. Because last year I strongly advocated for myself to have 2-3 nights off for ME time. I went to therapy on Mondays, and Tuesday/Thursday was about yoga. Boof had worked a crazy busy season as an accountant AND THEN worked a second job all summer at the Mariners, and with long home game stretches left me alone with an 18 month old toddler and little sanity. I forcefully took back time for myself and treated my yoga as a body and spouse empowerment exercise. I got sexy in the weightloss department, finally shedding those baby pounds. I felt like an adult and like I mattered in my relationship because I wasn’t just being a doormat martyr whiny wife. It rocked.

But this year? This year feels different. Rather than wanting time away to feel empowered, I crave those connecting quiet moments with Boof and Potamus. And yet the consistent routine getting me out of the house twice a week is actually a good thing for my mental health. Otherwise I’ll want to go to sleep at 5pm when I get home. So I realized that my perspective had to shift in order to enjoy yoga again. That I was clinging too tightly to the old reasons and not allowing it to change to embrace my new reasons. Like introvert time after a long day of teaching. That rather than driven empowerment competition with myself, it was more about relaxation and fun and simply being present in the moment.

The instructor, halfway through the class, as we were lying in our first round of savasana, read a quote about happiness. That happiness needs to be allowed to come in many forms. That it needs to be allowed to grow and change like a child would grow and change. And that seemed to fit and make everything click inside me. It felt right to be in the studio even though it felt different than last year at this time.

So that’s my new academic year resolution. To simply allow happiness, or my yoga practice, to be different and change and grow to meet the present moment. It feels right that way. 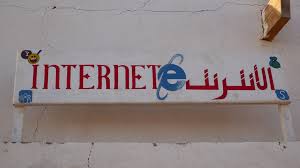 I feel like a refugee. I know that’s dramatic, but this feeling of being displaced, shuffled around, trying to assimilate in and ‘pass’ for one of the locals when grieving the loss of a family. I wrote about the OffbeatFamilies shutdown yesterday, and have managed to stay away from the shuttered doors, and have tried to nestle in to Offbeat Home & Life, a place I previously felt comfortable. But then I started reading the comments, which is advice they say NOT to do in most internet communities, because snark+ runs rampant. But the Offbeat Empire has felt so safe…and then…I come across comments like this:

Ooooh… I’m sure this makes me a terrible person, but as a childless-by-choice OBH&L reader I’m glad there’s not going to be birth stories and breastfeeding articles in here…. cuz it would totally ick me out, but I’m sure I’d end up reading it anyways cuz it’d be like a train-wreck, where you don’t want to look but you can’t tear your eyes off it. Then I’d probably just have to stop coming in here, and that would make me sad.

But hooray for Harry Potter!

Ugh. So birth and breastfeeding is icky to you. Awesome. And my parenting choices are like a ‘trainwreck,’ which is also awesome. And makes me feel super comfortable when I’m mourning the loss of a place I loved and content I loved. Imagine if I went there and said “I love reading about colored wedding dresses, but gay dudes kissing is sooooo ick, and a trainwreck and so I’ll probably not come back.” Hurtful, right? (and soooo not my views in reality, FYI).

But I was feeling kinda okay about squatting over there, but now I’m not so sure. So of course I’ve begun spiralling. Where do I fit in? I’ve bounced over to Mutha Magazine, and Mommyish, and Birth Without Fear, and think ‘oh cool, these might feel like home someday,’ but just like expatriating, that day isn’t today and so I feel displaced.

Which calls into question my own feeling at home here, on my own blog. A blog with a name I’ve questioned for awhile and with a handle that I’m not entirely comfortable with. Monk-Monk sometimes feels too…unhuman, if that makes any darn sense at all. So don’t be surprised, if like a post-breakup, I dye my hair to change my identity. The blog equivalent might be a look change/name change/handle change. Still me under the bloggy makeover, but I thought I’d give you a heads up that my mind is swirling about new taglines and titles and how to move forward in internet refugee empowerment.