Apparently the rest of the country is buried under snow, but here in Seattle we are having GORGOUS weather (complete with sunshine AND warmth!), so we had to get out of the house to do something more exciting than grocery shopping at Costco. So we headed on up to the Woodland Park Zoo to renew our yearly membership and see some animals! Potamus has been obsessed with making animal noises (his particular favorite is the chimpanzee, which I have NO idea where he learned that from…haha). 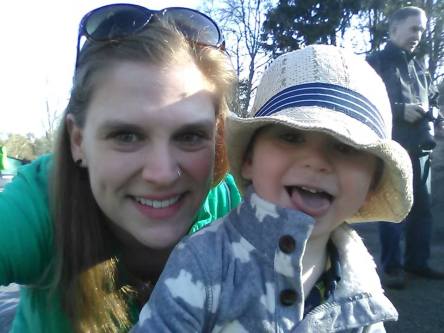 I realized when we parked, that I had brought a 2 year old to the zoo without a stroller as tired-leg-backup. What’s fun about going places with kids is that it’s new every time. He squealed and pointed and even drew the attention of passerbys who even said “wow, he’s really excited.” I don’t like to stifle his excitement, because FUCK YEAH PENGUINS ARE COOL BABY! I guess I didn’t notice all the ‘well behaved’ (aka quiet) kids at the zoo who ooh and ahh with tiny exasperated adult voices…because my kid has enthusiasm just like his mom. 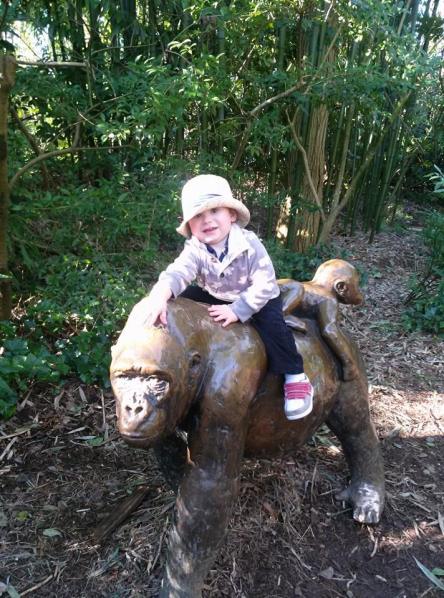 On our way out we stopped back at the penguin exhibit and watched them get fed. I was struck by the zookeeper who was calling out their names as he threw them a fish. Hey Tyrone, here you go! Fiona, you need your vitamins too! Louis, eat the fish, don’t drop it that seagull will get it! I was fascinated, because of course penguins have personalities and you would know them, but I found the names funny. I think a children’s book called “A Penguin Named Tyrone” would be cute. Anyone want to write that?