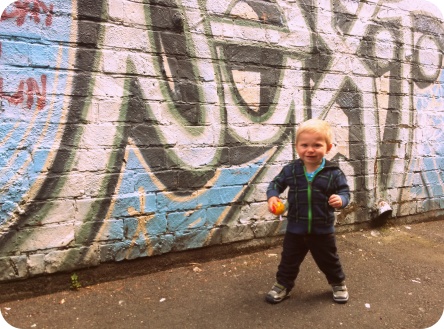 Road trip to Olympia today. Practice for next week’s road trip to Cannon Beach (a good 4.5 hours from here), solo, with just me, Potamus, and possibly Taylor Swift. Because I can’t stop listening to her sappy pop country songs. 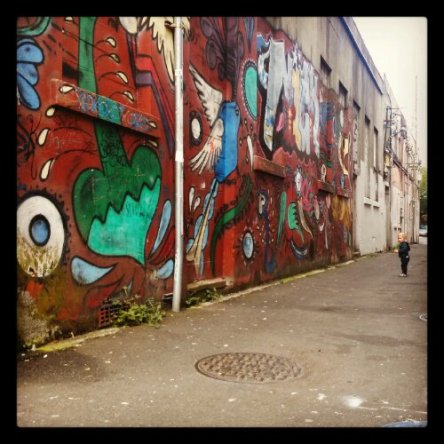 While waiting for my bestie, Ruth, who was meeting me halfway (she’s in Portland, I’m in Seattle, so Olympia cuts the difference for us!), I took the opportunity to make my baby into an urban/hipster/hip hop/rap/wannabe cool boy. Actually, I just like the look of well done graffiti art, and he was having so much fun walking on his own that I though I’d let him explore this painted-up alleyway. Yeah, I’m the mom who lets their kid explore the piss-filled alley behind God knows what establishments. Meh. At least he didn’t try to eat any cigarette butts, right? 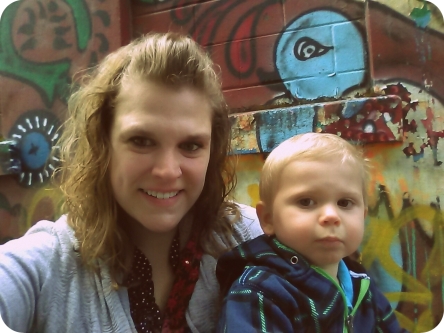 he looks thrilled for this photo op 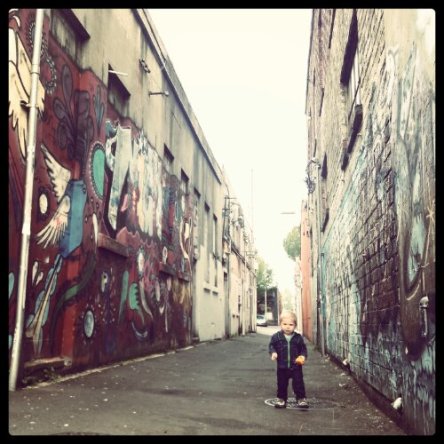 I particularly think that a few of these could be used on his someday-future-released CD. Or, when he’s a nerd in high school I can show him that, at one point, he was hip to the lingo and fashion of the day? All speculation, really… 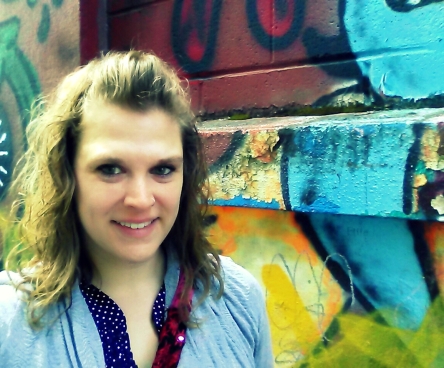 this mom enjoys some graffiti 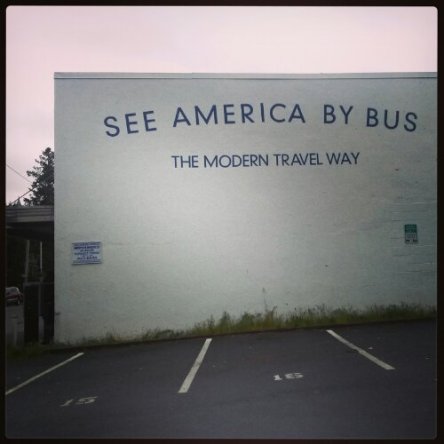 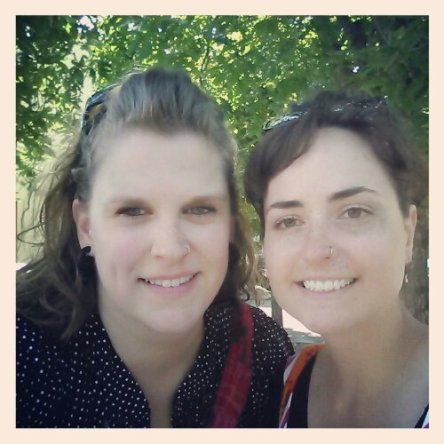 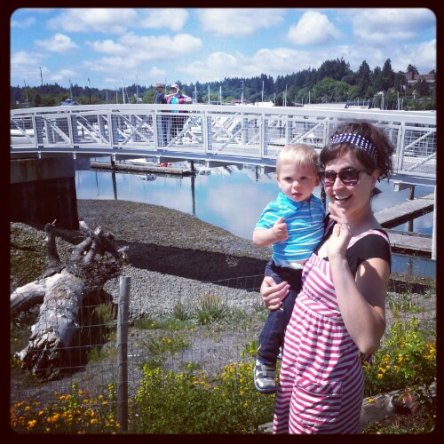 they both love waving…and stripes…

We ate at this cute little shop that was bought-out by McMenimans’s, called Spar Cafe. I had the amaretto french toast. Delish! Potamus was less-than-behaving, though I was aware that gallavanting during naptime might prove to be a bad combination. He mostly held himself together thanks to lots of practice walking in the park. 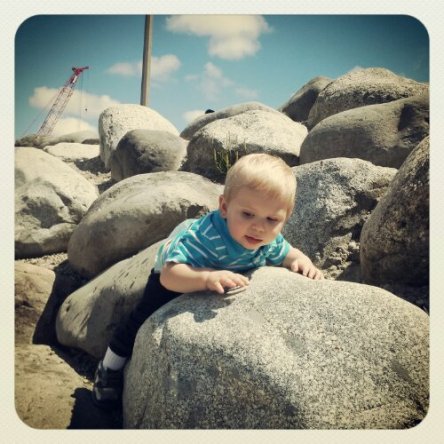 When we walked the length of the boardwalk, Potamus wanted to climb down the rocks toward the water. Ever the adventurer. It was a good time except for him slipping in the mud. Not sure what is mixed with this mud, but it was sludgy and hard to wash off. 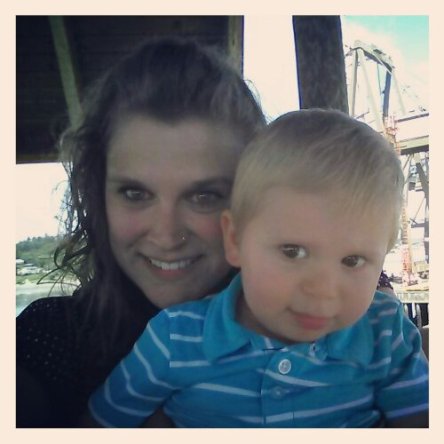 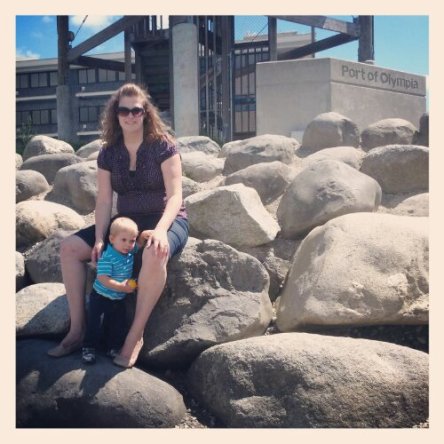 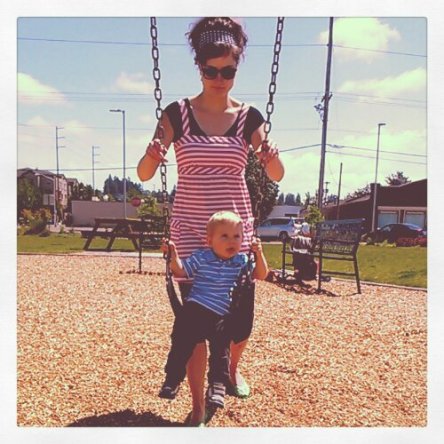 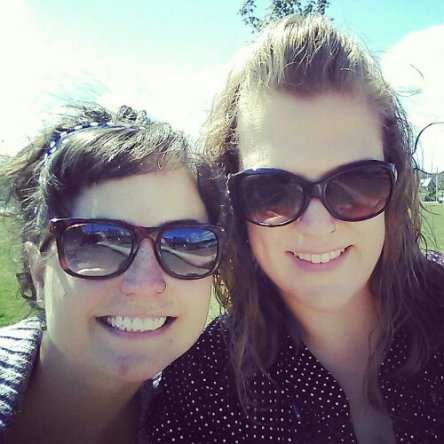 It was SO nice to catch up. While we talk weekly via phone, there’s something so refreshing about being back in the same city, face-to-face (well, in this digital age, I guess I mean IN PERSON, haha). We’re both going through some similar things, and it feels so nice to have someone who can relate without judgment! 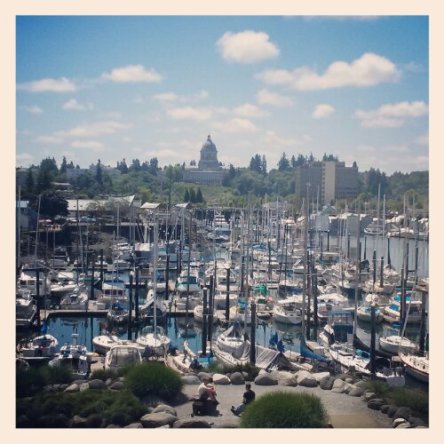 So, if you’re ever in the Seattle-area, you should drop by the state capital! It’s a sweet little spot with lots of eclectic shops and eateries. And today, it was full of sunshine! 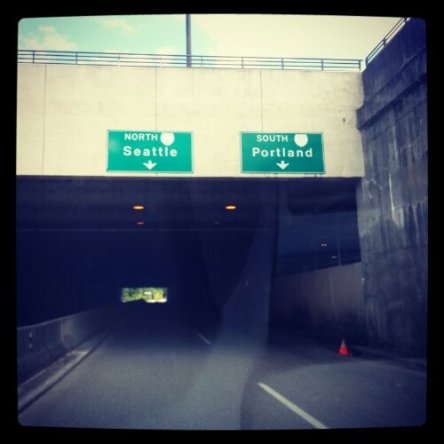