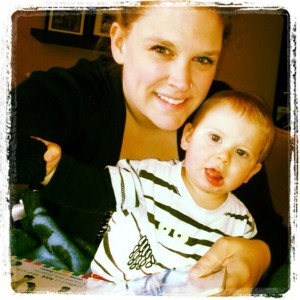 Today, mid evaluations with students, I receive a phone call. I declined to answer because I didn’t immediately recognize the number. Fifteen minutes later I get another call, from a very similar number and it clicks in my head, that it’s the daycare calling. I excuse myself from the evaluations, letting my co-teacher know that it was the daycare, and I stepped out.

“Monk-Monk, Potamus has had 3 loose bowel movements in the past hour. We have to send him home. It’s policy. He doesn’t have a fever, but we do know that a bug has been going around.”

I hope on the phone with my mother-in-law and she said she could arrange some things to pick him up, but I decided that I would do it. A sick toddler, but not THAT sick, and to save my emergency card for a later date when I knew I would REALLY need her to pick him up. Stepping out, leaving my co-teacher to cover for me, I headed to the daycare.

And five minutes later he was in my arms.

According to his favorite teacher, Miss Sarah, Potamus had started whining/crying as soon as I left (something he never does with her) and then had proceeded to have such explosive diarhea that she had to change his clothes and take the garbage out because it was stinking up the joint. While he seems okay to me, no explosions since we’ve been home, it’s better to be safe than sorry.

And so, mid-week, I’m finding myself working on my resume while my little smooch is sleeping peacefully (well, after bouncing him over 900 times on the exercise ball). It’s why we chose a place so close to my work. Because he needed me, and I could be there without delay. The peace of mind is totally worth it.