For the longest time I  was able to check the “I don’t know” box on medical history forms at various doctor offices. The naivete and bullheadedness of my youth left me feeling like “fuck adoption, the genes don’t matter, I am invincible” and I smugly filled in the forms with a giant scrawled “adopted” and let the doctor scratch his head as what to do with that information. I felt like not having a medical history meant that I didn’t have a medical history.

But that was less ‘ignorance is bliss’ as it was an ostrich with its head in the sand. Because of course I have a medical history. We all do. I simply did not know mine.

And then I hit reunion, and slowly I learned things like: my depression isn’t me being a bad or melancholy person, it is genetic. So is my asthma. And the inexplicable fainting spells from 12-17 are also genetic, and could have saved my younger 1/2 sister years of tests for epilepsy if she had been raised with me and seen me go through & grow out of them.

Today I was reminded of the scary power of genetics, in a text from my n-father that read: “your cousin Trina died, she was 40, of a pulmonary aneurism.”

A quick phone call revealed that a great- aunt died of a cordial aneurism at 42, and some uncle of an aneurism, as well. Apparently this woman, my cousin, was overweight (check) and asthmatic (check) and thought she was having trouble breathing from her asthma, went in for a CT scan and flat-lined in the chamber and wasn’t able to be resuscitated.

He said, “I just wanted you to know. You’re family. And this is genetic.” 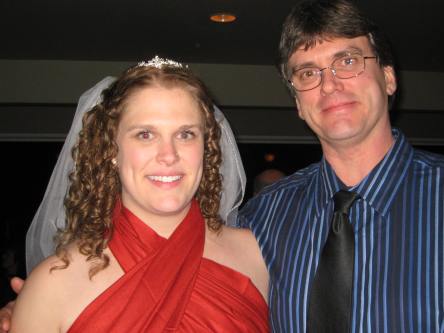